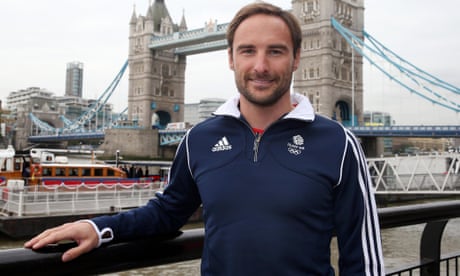 Elliot Willis was among the first athletes selected for the Rio Olympics but has withdrawn due to ongoing treatment for bowel cancer.

Elliot Willis has been withdrawn from the Great Britain sailing squad for the Olympics Games in Rio because of treatment for bowel cancer.

The 32-year-old dinghy expert was one of the first athletes selected for the Games by Team GB in September along with his 470 partner Luke Patience.

Willis was diagnosed with cancer in December and is undergoing radiotherapy, which will rule him out of much of the Olympic buildup.

Patience, who has also been de-selected as a consequence and must seek to requalify with a different 470 partner, expressed sympathy for Willis.

Patience said: “Clearly Elliot’s situation is one neither of us foresaw when we embarked on our campaign together and I’m sad that we won’t be able to compete together in Rio this summer.

“The thoughts of all the team continue to be with Elliot in his ongoing recovery. For me, it’s absolutely the right thing to do to see through the work Elliot and I started out together. I’m aiming to requalify for Rio with Chris Grube and do the best job we can to bring home a medal.”

Five more sailors have been added to the list of confirmed qualifiers for Rio, with the windsurfer Nick Dempsey aiming to become a five-times Olympian.

Dempsey won a bronze medal in Athens in 2004 and silver at London 2012, and is aiming to become Britain’s most successful Olympic windsurfer.

Charlotte Dobson and Sophie Ainsworth will make their Olympic debuts in the 49erFX – a new event for Rio – with Ben Saxton and Nicola Groves following suit in the Nacra 17 mixed multihull event.

BBC newsreader George Alagiah has said he is “a richer person” after his battle with bowel cancer.

All four have survived life-threatening conditions.

Broadcaster Marr had a stroke, former political editor Robinson had lung cancer and correspondent Gardner is paralysed from the waist down after he was shot in Saudi Arabia.

During an interview with The Telegraph, Alagiah opened up about being free of stage four bowel cancer.

“I realised I wouldn’t give back a single day of the previous year’s experience,” he said. “I am a richer person for it.”

When Alagiah noticed blood in his stools, his GP arranged a colonoscopy.

The presenter was diagnosed with the disease, which had spread to his liver and lymph nodes, in April 2014.

Bowel Cancer UK has said it kills nearly 16,000 men and women every year in the UK. It is the second most common cause of cancer death in the UK, behind lung cancer.

“I wasn’t afraid of dying,” the Sri Lankan-born newsman told The Telegraph. “I just wanted to get on with treatment.”

He endured two rounds of chemotherapy and several operations, including the removal of most of his liver.

But Alagiah, who is married with two sons, kept himself busy with a journal. He also wrote a novel.

On October 28, 2015 he announced that his treatment was over and returned to BBC News At Six on November 10.

After his first show, he told viewers: “It’s good to be back with you.”

However the broadcaster, who was made an OBE in 2008’s New Year Honours list, admitted to worries over check-ups.

“I get anxious and then there is a huge relief when the doctor tells me it is clear again. But I am under no illusions,” he said in his Telegraph interview.

“The doctor warned me last year, ‘Your cancer knows the road, the pathway out of the gut’. It can happen again.”

Alagiah joined the BBC in 1989 and spent many years as one of the corporation’s leading foreign correspondents before moving to presenting.

By Steven ReinbergHealthDay ReporterBowel cancer rates are rising among men and women under 50, the age at which guidelines recommend screenings start, a new analysis shows.

One in seven colon cancer patients is under 50. Younger patients are more likely to have advanced stage cancer, but they live slightly longer without a cancer recurrence because they are treated aggressively, the researchers reported.

“Colon cancer has traditionally been thought of as a disease of the elderly,” said study lead author Dr. Samantha Hendren, an associate professor of surgery at the University of Michigan in Ann Arbor.

“This study is really a wake-up call to the medical community that a relatively large number of colon cancers are occurring in people under 50,” she added.

However, Hendren said it’s too soon to say whether colon cancer screening guidelines should be altered to reflect that trend.

In the analysis, colon cancer among younger patients was often found at an advanced stage, meaning the disease has spread to lymph nodes or other organs. “Part of the reason for this is that these young patients are often diagnosed only after their cancers start to cause symptoms, such as anemia, bowel bleeding or a blockage in the colon,” Hendren explained.

Doctors should be on the lookout for these warning signs of colon cancer, she added.

Not all bowel bleeding is caused by cancer, she said. “Bright red bleeding with a bowel movement is usually due to hemorrhoids or fissures, but dark blood or blood mixed with the stool is a warning sign,” Hendren said.

People with a family history of colon cancer and others who are at higher risk should begin screening earlier than the age of 50, she said. “This is already recommended, but we don’t think this is happening consistently, and this is something we need to optimize,” she added.

The report was published online Jan. 25 in the journal Cancer.

Dr. Andrew Chan, an associate professor of medicine at Harvard Medical School in Boston, said the reasons for the increase in colon cancer among younger adults isn’t known.

“It is unexplained,” he said. “It’s not simply a change in diagnoses, it’s a very real increase. There may be an effect of our environment that could be contributing to the increase.”Smoking, obesity and physical inactivity are all risk factors for colon cancer, as is a poor diet, Chan said. “When we are faced with patients who have many of these elements, we should think more about the potential of them developing colon cancer at an earlier age,” he said.For the study, Hendren and her colleagues culled federal government data on nearly 260,000 patients diagnosed with colon cancer between 1998 and 2011.

Younger patients lived a little longer without a cancer recurrence, even though they tended to have more advanced cancer, Hendren said.

These findings raise the question of whether screening for colon cancer should begin at an earlier age, Hendren said. “This would be a big and costly change, and I don’t know whether it would help more people than it would hurt, so a lot of research would be required to understand this before any changes should be made,” she said.

Chan noted that although the incidence of colon cancer is increasing among people under 50, the risk is still low. “I don’t think the data at this point support expanding screening to younger age groups,” he said.

Hendren said that “the cancer community needs to prepare for the increasing number of very young colorectal cancer survivors who will need long-term support to cope with the physical and psychological consequences of their disease and treatments.”